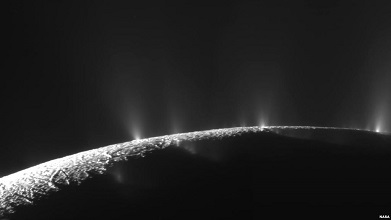 Imam Abu Hanifa (r) states that there is no consideration for ikhtilaaf al mataali – multiple horizons (individual local regional sighting). The meaning of this is that, if sighting of the new crescent is credibly established in one region, then such a sighting is acceptable for another region. This is the very reason why Hanafi jurists have stated that if the people of the west have sighted the new crescent, then such a sighting serves as proof for the people of the east.

However, Hafidh Zailai (may Allah have mercy on him) has transmitted an opinion of the later Hanafi jurists that multiple horizons could be considered in distant lands but not in nearby lands. In other words, not in cities located nearby in proximity, however it may be considered in cities located at a far distance. If the distance is very far, then he says, as though according to the Hanafi school also, the opinion of other three imams can be acted upon, meaning multiple horizons will be considered. My dear respected father (Mufti Shaifi), with the reference of Shaykh Allamah Ahmad Shabbir Uthmani(may Allah have mercy on him) has written the explanation of distant and nearby lands as follows; when the sighting of another region is considered which results in the month either becoming twenty eight days or extending to thirty one days, then such a situation would deem the land as distant. However this is the opinion of the later scholars. The Dhaahir Al Riwaayah (predominantly stronger opinion) of the Hanafi school is clear, that multiple horizons is not considered. If the crescent is sighted at any one location of the entire world, and at another location, the sighting is deemed religiously credible, then the sighting of the crescent for this region is also established.

We see in the Sunan of Abu Dawood an incident mentioned, that the Noble Messenger (pbuh) searched for the moon in Madina but was unable to spot it, hence the Messenger of Allah (pbuh) made an announcement that the crescent was not sighted today. The next day after Asr (late afternoon), a caravan arrived and its people declared that we had seen the crescent last night at Maghrib (sunset), thus the individual testified after a period of twenty four hours, meaning, after sighting the moon until twenty four hours, he remained in journey for a duration of twenty four hours. This is approximately the journey of one marhalah (leg of a journey) and one marhalah is approximately the distance of sixteen to twenty miles. So the Prophet (pbuh) considered that sighting an authoritative evidence for the people of Madina. If there was any consideration of multiple horizons then the Prophet (pbuh) would not have considered his sighting as reliable evidence for the people of Madina. Thus it is understood that the invalidity of multiple horizons is the correct juristic stance which has been adopted by the Hanafi school and it also is the the Dhaahir Al Riwaayah (predominantly stronger verdict) of the school.

The distinction that has been made by the later Hanafi jurists between distant and nearby lands is against the reality of multiple horizons, the reason for this is that there is no actual difference stemming from a nearby or distant region (regarding the sighting of the moon). Thus, the Dhaahir Al Riwaayah (predominantly stronger verdict) of the Hanafi school is thus, that if the crescent is sighted at any one place in the entire world, then that sighting can definitely serve as a hujjah (authoritative evidence) for the rest of the world, with the condition that the sighting at the other location is a valid religiously credible sighting. If in the modern era, all countries of the world unanimously come upon this principle, then there would be no possibility of a month having twenty eight or thirty one days. The disarray surrounding this topic found in various countries will also be eliminated.