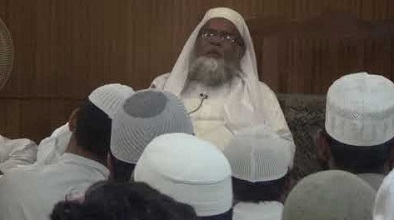 Regarding our questions, we would like to bring to your attention that Muslims of various countries and continents of the world have populated Canada, in large numbers. Masājid, schools and religious institutions have been established as well. Muslims of various backgrounds constantly marry, work and live together among themselves. People from different countries have joined together, in the masjids also. However, Ramadān and Eid dates are disunited, which results in Eid being celebrated on two separate days in the very same home. To eliminate this problem, some reputable scholars, mosques and Islamic centers have formed a group. This committee considers the entire world as one horizon. They have formalized some guidelines and criteria, with an effort to bring ease upon the Muslim community. The guidelines and rules are written below.

Please kindly provide your valuable input related to the entire world considered as one horizon “Global Moon Sighting” and the aforementioned guidelines.

Also, if after sunset, crescent sighting is established and declared by local scholars in those countries that are 5 or 6 hours ahead of Canada (for example South Africa etc.), would it be permissible for us to make the announcement here in Canada before our sunset?

I received your letter wherein you posed some questions regarding crescent sighting in Canada. The answers are here below, which include the detailed positions of the fuqahā (Islamic jurists) with due consideration of your local situations. I request your noble supplications.

With Allāh’s grace, the answers are as follows:

Looking at the overall picture, when it comes to the sighting of the moon, fundamentally, there exist three viewpoints;

The first viewpoint is that wherever the moon is sighted in the world, it is sufficient for the entire world. This is the verdict of the jamhūr (overwhelming majority of scholars).

This is the foremost view of Imām Abū Ḥanīfah (may Allāh have mercy on him), thus, with reference to the intellectual giants, Imām Ḥaskafī, Imām Nasafī and Ibn Nujaim al Maṣrī (may Allāh’s mercy be upon them), it is recorded,

After recording another view, Imām Haskafī (may Allah’s mercy be upon him) has mentioned the following regarding the position of non-consideration of multiple horizons,

“The first view (single horizon) is the dhāhir al riwāyah (predominately strong view). It is also more cautious. This is also mentioned in Fatḥ al Qadīr. This is the dominate view of the madḥab (school of Islamic law). The fatwa (legal verdict) is also upon this view. This is also in al Khulāṣah, which is made general, thus it will include any distance which would possibly entail multiple horizons”. (ibid)

The intellectual giant, Imām al Ṭaḥṭāwī (may Allāh have mercy on him) has also written the very same view in the foot notes of Marāqi al Falāḥ,

“When the crescent sighting is established in a region, regardless of being near or distant, fasting is binding on all the people. The decision for the one who did not sight the crescent will be the same as for one who did see it. This is the verdict even if the horizons are different.”(Ṭaḥṭāwī on Marāqi page 435). There is a view according to the Shāfi’e school similar to this. (See al Bayān fi Madḥab al Imām al Shafi’e volume 2 page 378)

Considering this opinion, if the reliable report of crescent sighting is received, then it is wājib (mandatory) to act upon it. In the words of the Noble Qur’ān, the blessed city of Makkah is Um al Qurā’ (the mother of cities), thus if the city of Makkah is made a standard, then this would also be an appropriate scenario [for your dilemma]. The sighting is usually reported there first.

The second viewpoint is that ikhtilāf al maṭāli’ (individual local regional sightings) will be considered. Every region will consider their own local sighting. This is an opinion of the Mālikī school (Bidāyat al Mujtahid volume 1 page 294). The later Ḥanafī scholars have also adopted this view. A similar opinion is also found among the Shāfi’e and Ḥanbalī schools of jurisprudence.

The third viewpoint is that the crescent sighting be established through astronomical data (See Fatḥ al Bārī volume 4 page 174 and U’mdat al Qārī volume 8 page 28) – Generally this third opinion has not been accepted by the jurists due to the fact that there exists explicit mention that Ramadān and Eid’s establishment is connected with the sighting of the crescent,

Answers to Your Questions:

After this preliminary discussion, the answers to your questions are presented below:

With Allāh is facilitation and He is the One Sought for Support. (Muftī) Khālid Saifullāh Al Raḥmānī (Servant of Ma’had al Āali al Islāmi’, Hyderabad) 19 Rabi’ al Awwal, 1434 – 1 February, 2013