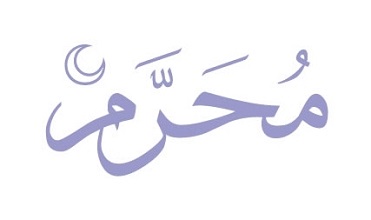 Official Lunar Date Declared by the Crescent Committee of Canada

The Crescent Committee of Canada hereby confirms to all concerned, that based on international sighting criteria, the new crescent was not sighting by naked eye anywhere in the world on the eve of 29th Dhul Ḥijjah 1438 (20th September, 2017). Due to this, in Canada, the Crescent Committee regards the 9th of Muharram, 1439 on Saturday 30th, 2017 and the 10th (‘Āshurah) on Sunday 1st of October, 2017.

All international moon sighting organizations have agreed to this decision.

The Saudi Date for the New Lunar Year 1439

We are aware of the date in Saudi Arabia. However, it is clear after our correspondence with our representatives in Saudi Arabia that the Muḥarram date is based on the taqwīm (pre-calculated calendar) and not official religious moon sighting and neither a declaration by the Qādhī (Judge) of the Supreme Court, since the Supreme Court only makes public official moon sighting announcements for 3 months, Ramadān, Shawwāl and Dhul Ḥijjah. Whatever is circulated on the internet, according to our assessment is not from the Islamic judge of the Supreme Court in Saudia Arabia. Any countries who have declared the early start of Muharram have based their decision on the Saudi date. All those adhering to traditional moon sighting, internationally have commenced the new year a day later.

A Request of Understanding and Unity

The Crescent Committee of Canada would like to remind one and all that it adheres to the traditional method of international moon sighting by naked eye. Even though this is our criteria, pre-determined calculated dates to commence lunar months is also a valid method and opinion agreed by some Islamic jurists. Hence, we respect that view.

For the public, we advise to follow the decision of their local masjid where they regularly offer their prayers.

We pray for blessings and mercy to all as we pass these blessed moments of Muḥarram.