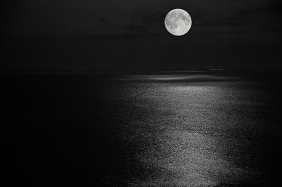 In a meeting convened in Toronto, Canada on 24th of May, 2017, a few religious scholars along with
some leaders of Islamic organizations came together, specifically to hear Shaykh Dr. Yacoub AlDehlawī. The Shaykh was precisely invited from Saudi Arabia to present to the audience, the entire procedure of how the moonsighting declarations are formally conducted in Saudi Arabia.
The Shaykh was born and raised in Saudi Arabia and has been in the field of teaching at a university level, in the Prophet’s city (upon whom be peace and blessings). Being a professor, teaching Islamic law and also one who trains judges at the Madīnah university, Dr. AlDehlawī hasclose contact to the courts and legislators in Saudi Arabia. Dr. AlDehlawī took an entire week to meet and contact officials connected with the moon sighting committees of Saudi Arabia to fully understand the procedures, so he could be confident and accurate in this presentation.

The Shaykh began his presentation emphasising the concept of unity in Islam and togetherness, especially in subsidiary matters. He then explained the operations of the Islamic courts in reference to crescent sightings. His presentation concluded with a Q&A session with participants.

Here-below is what Dr. AlDehlawī described regarding the formal procedures of the Islamic courts responsible for crescent sightings;